Our thoughts are with everyone that has a battle on their hands in the current circumstances and wish you all the best in getting back to normal as quickly as possible. We remain positive and are still in full operation. Please fill in the form or call us with any enquiries.
Back to Blogs

As most of you will know, in March this year the price of stamps increased once again. Before this, 2012 saw the biggest annual increase in stamp prices since 1975 but as with most things, the price kept on rising. 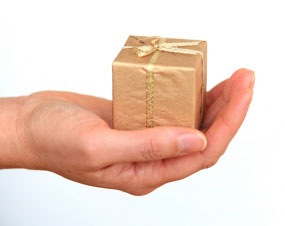 Before the 2012 increase, the price of a regular second class stamp was 36p but as of March, the cost has now risen to 53p and a first-class stamp has risen from 46p to 62p, a 41% average increase.

Although the Royal Mail is in far from the best shape it ever has been in, was this the right move?

The Royal Mail has made significant losses for years, but the Royal Mail’s Stephen Agar believes that their customer’s aren’t getting such a bad deal:

“We understand that nobody likes to pay more, especially in the current economic climate…Our prices remain amongst the best value for money in Europe, and we have the highest service specification of any major European country.”

Invariably businesses will consider this with a great deal of trepidation, much with any price increase, but especially one this high. With an increase in prices, this means that, in the end, the price increase will be passed onto their customers and no-one likes to pay more, especially a potential 70% jump.

John Allan from the Federation of Small Businesses’ called the increase “another unwelcome cost in doing business” and stated that “Businesses will have to make a choice whether to absorb this new cost or pass it on to their customers,”

To take Allan’s latter point, businesses continue to charge the same prices, making more of a loss, but talk of how they haven’t increased their prices, though the Royal Mail have. This can provide an interesting strategy that might potentially bring more customers in or make regular customers spend more.

However when it comes to paper documents, for the most part, it’s arguable that the Royal Mail is no longer needed. Most documents can be sent via email from business to business and, with the innovation of digital signatures and using iPads with a string of writing and handwriting applications as well as other tablet based technology, it’s easier than ever to not have to spend the earth to send your documents. People are already preferring email and text communication as well as using IM software such as Skype to not just talk to their clients and colleagues but to share documents too. This combined with new, constantly evolving online file sharing and storage applications such as the brand new Google Drive mean that people are printing and sending documents less.

This kind of anti-paper aesthetic is even starting to extend to the office with hundreds of companies taking on some of the services that we offer here at Pearl Scan, digital document management and scanning services. With a service like this, documents that are currently in a paper based format are scanned into a digital format such as a PDF and are then accessed via computer systems, like any other document on there. This makes for an increase in workflow, a cut in costs as well as better staff morale. If you would like to find out how our scanning files can help you and your business, call us today.

Whatever the future holds for the Royal Mail, these continued increases in stamp prices will not help but will only hinder and those who are already on the verge of quitting paper-based correspondence altogether might just be pushed over the edge. In an increasingly paperless world there is still space, and of course need, for companies like the Royal Mail, they just, perhaps, need to focus on their customers rather than trying to come up with a quick fix to attempt to make a profit.

We can scan your documents such as Invoices, Employee Files, Client Files, O&M manuals etc. and convert these to digital files such PDF, PDF Searchable, TIFF or JPEG etc.

Convert your documents to fully editable Microsoft Word or Excel formats or text searchable PDF files. We use the latest in the OCR technology for accurate recognition of text.

All types of microfiche and microfilms are scanned and converted to digital files such TIFF, PDF and PDF Searchable. The digital files can be supplied on a CD, USB or via FTP.

Accurate data capture from any types of form, survey, questionnaire, invoice, etc. to the any required file format such as CSV, Microsoft Excel, XML and SPSS.

Technical drawings stored on aperture card film are scanned using specialist scanners and converted to digital files of your choice such as TIFF, PDF or JPEG as well as DWG or DXF.

Specialist high resolution scanners are used to scan and convert both medical and non-medical X-rays to digital image formats such as PDF, JPEG or DICOM. Nationwide service with fast turn around.

Accurate and fast CAD conversion from paper or digital image to fully editable CAD file. All types of drawings such as architectural, electrical and mechanical are converted to .dwg or .dxf formats.

Whether computer printed, hand-drawn, old or fragile technical drawings or building plans , we scan and convert these to high quality digital images such as TIFF, PDF, JPEG as well as CAD formats.

This expert process follows the standard digitisation scanning process and involves post-scan image processing in order to uplift any lost or faint information.

Free up your office space by having your archived files scanned and converted to digital archive and gain further benefits of secure backup and easy access.

High volume bulk document scanning and conversion to digital files with the capacity to scan millions of documents per month and offering fast turn around for urgent projects.

Store your boxes with us and instead of recalling phycial box or a file, we will retrieve the required file, scan and deliver it to you electronically via our secure system.

Our document scanning and management services in Manchester can revolutionise your business.

Using the latest data capture technology, we can scan and capture all types of market research surveys such as such as customer & staff feedback surveys, medical & educational surveys and product & service related surveys.

Secure and confidential data capture service of all types of medical and clinical forms to digital formats such as CSV and Excel etc.

We can capture the required data from any type of documents and forms by using a combination of our in-house developed processes and experienced data entry staff.

We tailor the Pearl Cloud platform to meet our customers’ requirements, allowing them to retrieve documents quickly and easily. We can provide training online, but with such a user friendly interface, we’re certain you’ll be up and running in no time.

Halogen comes in both Local and Cloud versions, providing flexible and scalable options to SMEs and large corporations with multiple offices and remote working.

Our digital mailroom services are offered to organisations throughout the UK including Manchester, London and Birmingham.

We guarantee that your documents and media will be safely and securely stored and accurately catalogued.

Though systems continue to improve all the time, we are now in a position where we have come to rely on computer systems as much as we do paper.

As a leading document scanning services provider, Pearl Scan has worked with variety of documents which were stored and managed in customer’s SharePoint systems.

Our Scan to Archive model creates an exact digital copy of the original file and index the digital file by the file label.

Our Store to Scan model has revolutionised the way an organisation store and archive their documents.

The PSI:Capture application boosts the capabilities of any scanning device, making it compatible with any of our 50 supported back-end Enterprise Content Management or Document Management Systems.

Documents can be accessed easily through an easy to use menu or by using a keyword search powerful search capabilities using fully text searchable documents offers quick access and is useful for document cross referencing.

Pearl AP is an accounts payable solution that manages documents that drive AP processes and maximise the benefits of fast, efficient and precise document invoice processing.

Monthly, annually or one-off scanning of all types of purchase invoices from suppliers including statements, summary reports and expenses to PDF format, SharePoint, SAP, ERP systems or our complimentry easy to use Halogen or Pearl Cloud system.

The scanning of employee files enable HR departments to have instant access to documents when needed as well as it makes a lot easier to manage their GDPR compliance.

Our legal scanning services and legal document management solutions have become extremely popular with law firms throughout the country.

Pearl Scan can digitise microfiche using high speed and high resolution microfiche scanners, turning around projects quickly and often ahead of the market

Having a digital paperless system not only safeguards your legally binding records and documents, it also makes the business much more efficient.

Our team of experts is aways on-hand to help assist you with any query, regardless of complexity. The advice we give is completely tailored to you and your needs, and any quotations made are completely free & no obligation...