Do Your Costs Outweigh the Costs of Progress?

Do your costs outweigh the costs of progress?

Nowadays, almost all company decisions are made with the budget at the very forefront of the process. How full or empty the purse is can determine whether or not a change can be implemented within your company.

More often than not large progressive moves can not only cost a lot but they also involve a lot of change and time to implement that change. Inevitably those changes can ‘probably wait until the economy’s a little better’. This is where you could be potentially losing out particularly as there are a number of solutions out there that can move you forward and improve the way you work which can be low cost. Even if there are no coins in the piggy bank as such, they are still worth a second look.

But the standing question in all of this is as the title suggests; do your costs outweigh the costs of progress?

Well only you can truly know this but we can help to suggest what the costs of moving your office in the right direction could be whilst not being effected too much by the changes or the extra costs.

As a document scanning company, we are in a very unique position in that we get to see the impact that our work has on the companies that use our services. We get to see the advantages and see their potential hopes in fruition. Even better is that more often than not they come back to us with compliments, repeat work or both. But enough about us…

Below we’ll go through a few examples of some companies that we’ve helped and roughly how much it has cost them and what it was costing them before. We don’t give out the company’s names for data protection reasons, but if you’d like to talk more about the below examples, you can contact us at any time. 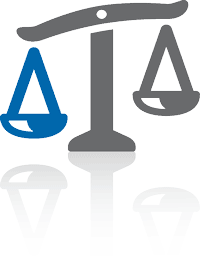 Our first example focusses on organisations in the law sector. A lot of law firms here in the UK need to hold onto their documents for a number of years before they can be officially, securely destroyed. This was the case with this particular law firm. Some law firms, including this one, inevitably hold onto certain documents for a much longer time and feel that, in their client’s best interests, they should hold onto them for as long as possible. However, recent changes in the law allow for legal documents to be kept as digital copies and still count on the same level as the physical copies that were previously the only accepted form. This has led to a rise in law firms seeking out document scanning and digitisation as a plausible and cheap way of keeping hold of their documents while banishing the storage costs.

This particular law firm had roughly 1,200 boxes from over 20 years of work, each being paid for on a monthly basis of around £1 per box. This might not sound like a lot but, when you tally that up, it reaches around £14,400 per year. The scanning and OCR of the documents, to make them text-searchable for easy access of particular references, cost around the same as their annual storage costs. That might initially seem underwhelming but think about it for a minute; this law firm, with an ever expanding number of boxes going into storage, was paying the same amount per year as the whole scanning job cost. The scanning offers more too with the removal of the boxes from storage and elimination of the need to be stored again as the files are all digital so can be stored on hard drives.

Example- If they held onto those files for even just 5 more years, they would be saving a total of around £72,000.

A few years back we did a large job for an architect which consisted of around 5,000 large format drawings, plans and blueprints. Not only were the drawings very rarely needed, they were also in the way quite a lot. Despite being a highly successful architect agency, they were downsizing simply because they didn’t need as much space as they used to and, with the rising rent prices in the South, it just made sense. During the process, however, they needed to do something about their collection of both old and new drawings. We successfully scanned the drawings to PDF and, for those which were still needed from time to time, we converted those files using our CAD conversion software so they could be accessible as well as editable on their computer system. This whole process cost the company between £5,000-7,000.

It’s hard to measure how much this saved them in the long run but, combined with the fact that they were able to downsize successfully, we took out some of their document storage costs and also helped them to come up with a new document management system. This system was considerably more accessible and usable so when you add in the man hours it would have removed by taking away the need to mess around with large format papers, it adds up to quite a lot. 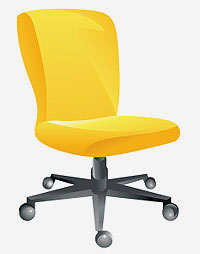 This project was completed for a medium to large sized insurance company who were moving and decided that if they were going to move they might as well move forward; in all respects.

They decided that before they move they would essentially go paperless and make everything they do digital. They contacted us with around 10,000 documents and we quoted them in the region of around £600-800 including OCR. This not only helped make their move considerably easier in terms of the fact that they could ditch all those heavy filing cabinets, but the time saved by staff not having to go backwards and forwards looking for files that might not even be there is immeasurable. It also boosted staff morale and gave them back a great deal of office space.

The result in this example was a smooth office move and a future proofed office ready to take on the world of paperless business.
As you’ll have read in the above examples, it’s not just the financial savings that can be a major boost, it can be the progressive nature of having digitised documents over physical ones as well as being space saving, money saving, morale boosting and green credentials boosting. The list is seemingly endless.

If you work in the legal sector, HR departments, Education, Healthcare sectors or any other organisation looking to reduce costs and improve efficiency, Pearl Scan can help. If you’re interested in finding out more about how we could help your organisation with our scanning services, contact us today for a free, no obligation quote.